KERBALA UNIVERSITY/COLLEGE OF EDUCATION FOR HUMANITIES /DEPT. OF ENGLISH

Persuasion is the process of changing or reforming attitudes, beliefs, opinions, or behaviors towards a predetermined outcome through voluntary compliance (Mortensen, 2004 :7). Roloff and Miller (1980 :15) argue that the phrase “being persuaded” applies to situations where behavior has been modified by symbolic transactions (messages) which are sometimes ,but not always, linked with coercive force (indirectly coercive), and which appeal to the reason and emotion of the person(s) being persuaded. Accordingly, this definition stipulates that a certain modification in behavior has to be affected so that one can assume that the act of persuasion has actually taken place. In other words, persuasion seeks change, not mere information gain. These scholars regard persuasion to be that kind of verbal activity geared to bring about some change in belief or attitude. Some scholars of persuasion do not require a change in behavior to take place so that one can consider that an act of persuasion has been affected.Thus, Petty and Cacioppo (1981:4) hold that the term “persuasion” refers to any instance in which an active attempt is made to change some person’s mind. Similarly, Cooper and Nothstine (1992:2) define persuasion as the process by which language and symbolic actions influence choice-making by others.  Other scholars see in persuasion as both the attempt and the changing of  beliefs, attitudes, and behavior. In this respect, Reardon (1982: 25) believes that persuasion is, in all cases the activity of demonstrating and attempting to change the behavior of at least one person through symbolic interaction.

Many different techniques are used to persuade  people and make them share the speaker’s point of view .Such techniques are regarded as basis to social influence and they vary from one discourse to another .

However some of them are common in all types of discourse: political, religious , media ,….etc.  Breuer and Napthine ( 2005 :5-6) mention seven persuasive techniques  that can be applicable in unlike  discourses :

The speaker usually prompts the listeners / audience to  take an action and this often done by creating a sense of urgency by the use phrases such as (Now ,today ,at once ). For instance ,

“pick up the phone today!) and (free gift for the first 100 callers”.( media discourse )

In this technique the speaker tends to describe a noun with adjectives which are highly connected to that noun. For instance , describing the ‘event’ with two adjectives ‘ important and historical’ .

“but rather an incredible and great movement made up of millions of men”(Trump’s  speech : political discourse ).

‘People like you and me don’t want to see this happen’  ( Tillich’s sermon : religious discourse )

Rhetorical questions are questions that do not require an answer and are asked for effect only .The answer in such questions is obvious and they are often used to lead the audience to a particular conclusion .Consider the following example from Trump’s first speech.

“Do we want our children growing up in a world where they are threatened with violence on every street corner?” ( Tillich sermon : religious discourse )

To add emphasis to the main and important point in an argument, initial consonant (alliteration) or vowel sounds (assonance) are often repeated .For example :- e.g. Elite meet and greet.

A general statement is used by the speaker in this technique and this statement claims that whatever is being asserted is true for most people or majority because it is true in one or some cases. The following sentence illustrates this technique:

“American  children see too much violence on TV” (Breuer and Napthine 2005:5 )

This sentence implies that this is true for most or all children; no statistics from reputable research are announced to make such claim be acceptable.

Persuasive speakers often tend to choose their words carefully and this is achieved by selecting the emotional meanings associated with the word. For instance ,the words “kill” and “slaughter” both mean the same thing , but the word “slaughter” has a different connotation to “kill” since it causes the audience to imagine that the act was particularly horrific.

The speaker sometimes attacks or praises a particular idea. This technique is actually an assertion of the speaker’s view point . For instance , attacking a person who is unreliable ,dishonest ,unqualified….etc. For instance ,

“Hillary’s plan would trigger constitutional crisis unlike almost anything we have ever seen before.”( Trump’s speech)

The speaker in this technique states the case too strongly; such exaggeration is used to mock opposing opinions ,as a shock tactic technique , or an appeal for fears. For instance ,

“Mothers and children trapped in poverty in our inner cities ;rusted out factories ;scattered like tombstone across the landscape of our nation.” (Trump’s  speech)

Sometimes ,diagrams or graphs are used to achieve persuasion. They aim to explain and interpret information. Such figures and statistics make the argument so readily accessible and look scientific and reliable. For example:-

A speaker may state ironic situations where the intended or the implied meaning is different , often the opposite from the literal meaning . for example , one says “Oh great , I’ve lost my wallet with everything in it”. Such powerful device is used for scoring or sending up others. A clever device like this is effective for humiliating opponent and make the point distinctive , it engages the listener through tone , choice of words and even by creating a ridiculous situation.

This technique refers to the use of images in any argument to show the comparisons  of one thing in terms of another . The speaker , then can reinforce a point and creates an interest in the topic of the speech.

The speaker can reinforce an argument by repeating letters, words, phrases , and sentences . Such device is helpful as it lets the speaker’s point of view stays in the audience’s mind . For instance , the comparative adjectives (smaller pores , smoother skin)  occurred in media discourse  are repeated  to create a kind of balance .

Analogy is a form of reasoning where the speaker compares one thing with another so as to make a particular point or issue be clearer .this is achieved by using ‘like’, ‘as’ or  ‘as….as’ , for example when one says “john is like a rabbit” or “school is like a prison” . this literary device may delight or shock the listener and the aptness of the comparison used to make a specific point clearer and more comprehensive.

It refers to  presenting an evidence of what other people think as a reason for accepting a proposition or along with the recommended course of action Examples of this technique  are using statistics , expert opinions , research findings , and anecdotal evidence .

Thus , it is obvious then persuasive techniques are available in different types of discourse including the argumentative debates .Though they  may differ in some aspects  from  one  discourse to another , they have something in common which is their ultimate target of accomplishing persuasion in that discourse .The  persuasive  techniques occurred  in political discourse, for instance , differ to some degree from those in advertisements even though some are similar .

The Motives of Repetition in Discourse

KERBALA UNIVERSITY/COLLEGE OF EDUCATION FOR HUMANITIES /DEPT. OF ENGLISH

Repetition, being one of the stylistic strategies that can occur at three altitudes of language , has its own vital role in implementing more than one task in any discourse. The noun ” repetition” itself conveys two key senses : an affair that repeats the act of doing or performing again and the repeated use of the same word or word pattern as a rhetorical device (Sandell, 1977: 75). Repetition can be used both constructively and destructively. The fruitful usage embraces utilities such as, setting emphasis on a point, approving a fact or an idea, cohesion, persuasion , shift, exhibiting objectivity ,and unfolding a concept. The reproachful use of repetition, on the other hand ,  can flop the entire piece of writing as it implicates disparaging effects like disintegration,   rejection, termination, and unremitting present .Cuddon (1998: 742) ,confirms the constructive aspect  and argues that repetition  refers not only for repeating words but also sounds and  ideas for the purpose of provoking rhythm, and fashioning emphasis. Power (1998: 25) adds that in persuasive discourse, for instance , a speaker may use such device in order to heighten his speech and interactively achieve the task of persuasion .The following lines from Samuel Beckett’s novel ”Malone Dies”  illustrate how  repetition is used  , for instance , to fulfill the purpose of emphasis:

”Lemuel is in charge, he raises his hatchet

on which the blood will never dry, but not

not hit anyone anymore…”

The aura that is fashioned by the usage of repetition cannot be fulfilled via any other device ;using repetition leads to make   a simple sentence sounds like a dramatic one.  It  enriches the beauty of a sentence and adds tensions to  the point of core connotation. Word associations are sometimes used to replicate the notions and passions in a subsidiary manner; readers  may enjoy reading apiece  that comprises repetition  as they have to interpret such connotations and appreciate the crucial meanings. In his book “ Categories and Functions of Repetition in Turkish Oral Narratives”,  Yemenici(  2002: 20-21)   discusses the motives behind the use of repetition .To him , repetition is the most distinctive stylistic device of the fluent style and can fulfil tasks like  persuasion, emphasis, attracting the attention of listeners and making speech more memorable. By repeating a phrase, clause, or sentence, one can highlight a vital thought. As an example from poetry,  Emily Dickinson reveals  in her poem “Nobody”  how she is able to  emphasize her attitude and create  an association with the person she is talking about through the repetition of the word  ‘nobody’.

I’m nobody! Who are you?
Are you nobody too?
Then there’s a pair of us-don’t tell!
They’d banish us you know.

In addition to its occurrence as an important stylistic device in English, repetition is prominent strategy in Arabic. Arabic linguists like Al-Hussainy (2007: 498-9) and Al-Muswai (2008:117) argue that  Arabic texts in general are characterized by the existence of repetition as a stylistic device. Consider the following example:

Al-Muswai (ibid :118 ) confirms  the fact that repetition is   used to   achieve functions such as : making the comprehension of text easier ,putting emphasis on a  certain word which in its turn reveals a specific concept, persuading the readers in what the writer intends to convey in his/ her writings , showing exclamation about either familiar or captivating thoughts or items, and finally  promotion of the speech of central characters in the history.

One can conclude then that repetition is a stylistic device that  can fulfill a variety of tasks in any discourse it occurs in . Motives like emphasis, persuasion , clarification , warning , comprehension ,…..etc. can be all achieved by the use of such linguistic device ( repetition ) in both English and Arabic discourse . 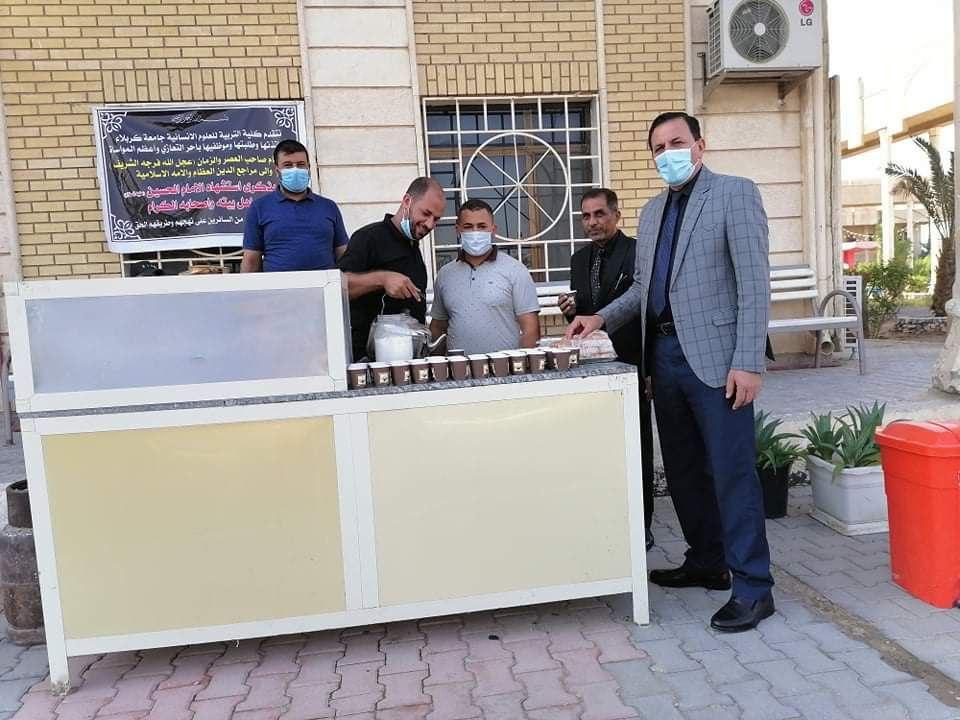